The Rise Of The Synths (Official Companion Album)

by The Rise Of The Synths 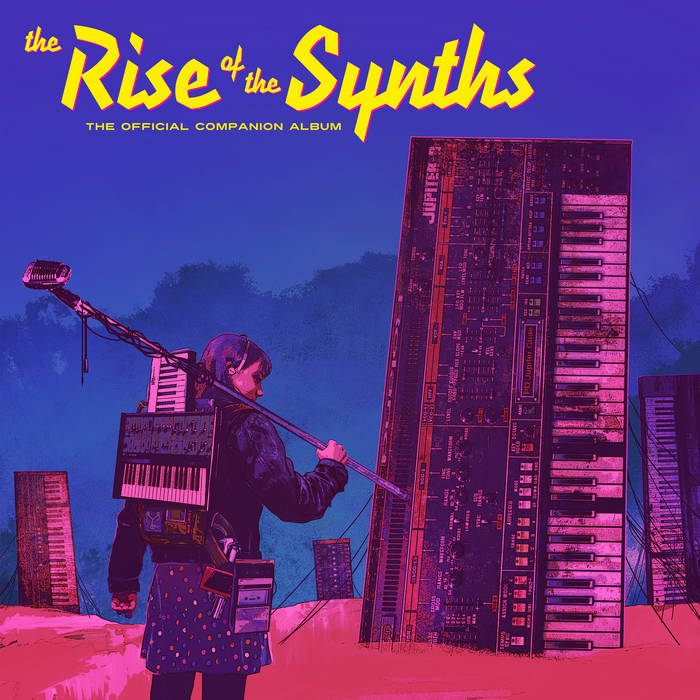 Beholder 👁 Great album! I like most of the artists... but some haven't been to church in a long time. Still fantastic. It's when I hear good music like this that I'm inspired to dig out my old dusty accoustic guitar I had since the 20th century, and drive over it with the car... So analog.
🙄 Favorite track: Silver Shadow.

Death By Neon Lakeshore's Rise of the Synths first EP was a total blast! The second was in my opinion less interesting.
But now, this complete release is an instant classic album including several awesome new cues from greatest artists of the scene.
Ogre, Lazerhawk, Gunship, Chrome Canyon and Voyag3r leads without any doubts this release but there's also several others nice cues.
Two thumbs up to Lakeshore! Favorite track: Rebar (Prologue).

Illweevil This album is a great collection of excellent synthwave artists that allows me to both enjoy my favourite artists and discover new ones. I also have to mention the amazing movie this album belongs to. To think the synthwave scene would get such a high quality documentary including such a huge number of significant artists. Favorite track: Night Stalker.

Alan Draven Absolutely fantastic compilation! A great sampler of what Synthwave music is for all the uninitiated. Click the "Buy" button; you'll be glad you did :) Favorite track: Appearance Of The Mysterious Traveler.

Novak From The Deep Sea

The full length album compiling The Rise Of The Synths EP1 & EP2, plus bonus tracks.

The Rise Of The Synths is the definitive documentary about '80s retro electronic music, '80s nostalgia, and the synthwave music scene.

In support of film, Lakeshore Records is releasing an Official Companion Album, featuring exclusive music from many of today's influential synthwave artists.

Visit the Rise of the Synths to learn more:
theriseofthesynths.com

The Rise Of The Synths California

Music from The Rise of the Synths

Bandcamp Daily  your guide to the world of Bandcamp